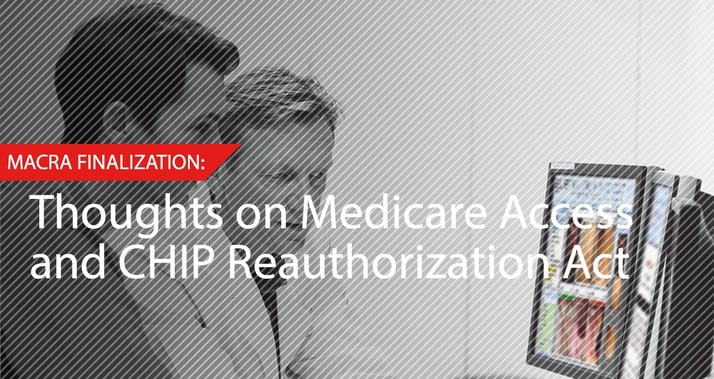 In July, Centers for Medicare and Medicaid Services (CMS) proposed reducing the electronic health record (EHR) “meaningful use” reporting period from a full year to 90 days for clinicians, hospitals, and critical access hospitals for calendar year 2016. Medical professionals and EHR vendors who had lobbied for this change applauded the proposal, eagerly anticipating the increased flexibility needed for quality reporting as facilities adopt new technology, payment models, and care delivery systems.

The start of this month marks the beginning of the final 90-day reporting period in calendar year 2016. As the 90-day reporting period policy has yet to be finalized, the American Medical Association (AMA) and various other medical organizations have submitted a letter to CMS chief, Andy Slavitt, asking him to expedite the process. This will eliminate the need for CMS to grant hardship exemptions to providers, as was the case in 2015 given the delayed finalization of the same policy.

In addition to the 90-day reporting rule, physicians have made their opinions known about the changes that will go into effect once MACRA is finalized. MACRA aims to marry quality-based reimbursement with demonstrated meaningful use of specific EHR technologies. The proposed law and dramatic changes it will effect have elicited 4,000 formal comments from concerned medical providers and healthcare organizations.

Healthcare Finance interviewed Andy Slavitt, who believes MACRA will enable physicians to “do the job of being a doctor.” Slavitt noted three main themes in his conversations with physicians regarding the law:

Slavitt recognizes that physicians are “already feeling overworked.” He also acknowledges that MACRA may be difficult for smaller practices to adopt, as their staff and financial resources prohibit them from implementing the technology required by MACRA for meaningful use reporting.

According to a Blackbook Research survey from May involving 1,300 physician groups of five clinicians or fewer, 67% of high Medicare-volume doctors predict that their autonomy will be compromised as a result of MACRA. Furthermore, 89% of solo practices anticipate shrinking their Medicare patient volumes to avoid becoming inundated with MACRA paperwork. Slavitt counters these views by highlighting ways in which MACRA will diminish the reporting burden for small practices. For example, CMS will use previously stored clinical registry data it already has, preventing physicians’ re-submission of the same data.

How Should Physicians Prepare?

If MACRA is finalized in November as planned, providers will likely need to implement practices by January 2017.

How Should the Nation Respond After MACRA is Finalized?

According to Slavitt, MACRA implementation could be delayed. Once the law is finalized, Slavitt believes the nation must work toward the following goals:

While physicians await the finalization of the 90-day reporting period and the implementation of MACRA, several steps can be taken to ensure a smooth transition to using these new practices without compromising patient care or physician productivity.