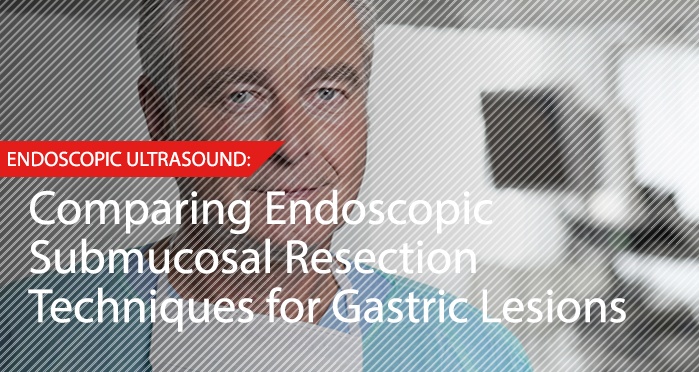 GSLs, typically asymptomatic, incidental findings on endoscopy, include both benign lesions, such as lipomas, and malignant lesions, such as neuroendocrine tumors. It is imperative to make a clinical distinction between these two types of lesions in order to establish an appropriate therapeutic plan of care. Recent literature suggests that up to 50-60% of GSLs are either malignant or have malignant potential.

To differentiate small, benign GSLs from those with malignant potential, adequate tissue must be obtained, which is often problematic for methods with relatively low diagnostic yield, such as endoscopy, endoscopic ultrasound (EUS), or endoscopic ultrasound-guided fine-needle aspiration (EUS-FNA). One study found that EUS identified 66.7% of non-neoplastic lesions but, alarmingly, only 30.8% of neoplastic lesions. Another study revealed the accurate diagnosis rate of EUS-FNA to be only 67.6% in lesions smaller than 2 cm, compared to 94.1% in lesions greater than 5 cm.

Simultaneously diagnostic and therapeutic in scope, ESMR has gained popularity as a favorable technique to manage small GSLs <20 mm, which can be removed in a single session via either saline solution-assisted snare or endoscopic cap band mucosectomy. This study aims to compare the safety and efficacy of these two techniques.

This study analyzed a prospectively-maintained database used at two academic tertiary care centers. A total of 63 patients (34 female, 29 male) who had undergone ESMR for GSLs <20 mm in size between 2005 and 2013 were evaluated.

ESMR was performed by two experienced endoscopists after the GSLs’ location, size, and appearance were determined using PENTAX Medical’s radial or linear echo-endoscope. Removal technique was chosen at the endoscopist’s discretion. In the saline solution-assisted technique, saline and epinephrine were used to remove the lesion. In the cap band technique, the lesion was drawn into the transparent cap of the band ligation set using suction, then resected below the mucosectomy band attached to its base. Routine histopathologic assessment was performed thereafter.

Thirty-two GSLs (50.8%) were resected via cap band mucosectomy, while 31 GSLs (49.2%) were resected via saline-assisted snare. Only one GSL was identified in each patient. In all groups, 67% of the GSLs were localized to the antrum. GSLs ranged in size from 5-20 mm with a mean size of 12.3 mm, as determined by EUS.

Ectopic pancreas was the most frequent diagnosis for lesions resected via both snare and cap band techniques (35% of diagnoses in both groups). Saline solution-assisted snare also resulted in the following diagnoses: neuroendocrine tumors (10%), MALT (10%), and leiomyoma (6%). Of all diagnoses made using endoscopic cap band mucosectomy, 3% were neuroendocrine tumors, 10% were GIST, and 6% were leiomyomas. Fewer than 10% (N=6) of all cases resulted in an unidentifiable lesion.

Impressively, the saline solution-assisted snare technique led to an overall resection rate of 97%, while the endoscopic cap band mucosectomy technique resulted in an en-bloc resection rate of 100%. Adverse event rates were overall low and similar for the two ESMR techniques. Perforation did not occur in either group, and non-life-threatening bleeding was the only observed adverse event. One out of 31 patients (3.2%) in whom the snare technique was used had intra-operative bleeding, while one out of 32 patients (3.1%) in whom cap band mucosectomy was performed experienced postoperative bleeding.

To conclude, there was statistically no significant difference between the two techniques in terms of success rate of en-bloc resection, adverse event rate, or lesion characteristics (P >0.05).

Both endoscopic cap band mucosectomy and saline solution-assisted snare are safe and effective ESMR techniques for the definitive diagnosis and simultaneous treatment of GSLs <20 mm in size. Saline-solution assisted snare may be preferred among endoscopists, as it is the more economical of the two methods with comparable adverse event, reliability, and success rates.