The Role of Social Media for Gastroenterologists 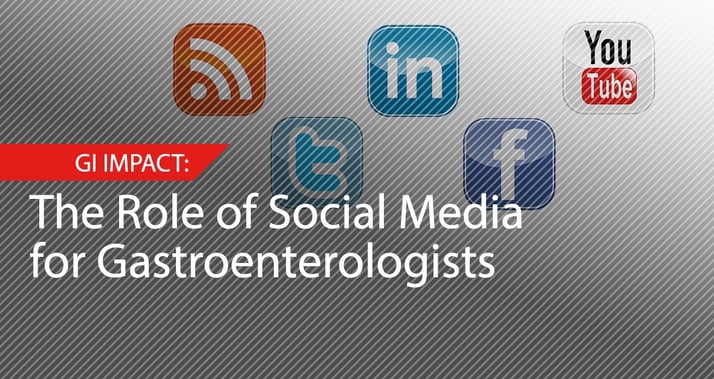 In a single day, approximately 500 million Twitter posts are made. This is indicative of the monumental role social media plays in the exchange of ideas in today’s society. The following blog post explores how gastroenterologists can employ social media to cultivate medically-related, field-specific dialogue.

Hashtags (user-generated phrases preceded by the “#” symbol) allow users a means by which to contribute to, and view relevant content about, a specific subject on a social media platform. Twitter is one social media platform that has gained popularity amongst all age groups in the last ten years, both in personal and professional forums. Surprisingly, research shows that medical professionals, specifically physicians, have been slow to embrace this communication tool. Notably, nearly half of all gastroenterologists report never having used social media.

The Case for A Hashtag Ontology:

The Oncology, Radiology, and Urology communities have already begun using “hashtag ontologies” as a means for patients and healthcare professionals alike to engage in ongoing dialogue, access relevant content, and engage in collaborative research. Social media analytic website Symplur.com currently hosts these ontologies as part of the “healthcare hashtag project,” which tracks medically-related activity on Twitter.

How This Impacts the GI Community:

Key gastroenterology stakeholders, such as peer-reviewed journals and professional organizations, have endorsed a list of standardized hashtags currently in use by the GI community. The ultimate goal is to create a universal hashtag ontology for the Gastroenterology community, much like those already in use by the Radiology, Urology, and Oncology fields.

While the benefits of a GI hashtag ontology are clear, there are four major challenges to its development:

The established role of social media as a communication tool in U.S. healthcare is expected to expand dramatically over time. In this vein, the widespread adoption of approved gastroenterology-specific hashtags throughout the GI community is inevitable. The use of such hashtags will enable healthcare providers to efficiently locate and contribute to field-specific content, while providing their patients with easy access to accurate medically-relevant information and to their physicians.